The Chancellor has hit upon a canny trick.  Make the difficult announcements a few weeks before your Budget speech so that when the spotlight is really on you can simply promise rainbows and puppy dogs for all. The Health and Social Care Levy announced in September which comes in from April 2022 year is expected to yield about £12.7bn next year. Factor in the associated bolt-on increase in dividend income tax and that’s extra tax of around £14bn. None of the decisions announced today come close to that sort of scale.

The Chancellor had already announced that thresholds on the major taxes were being put into the deep-freeze (allowing wage inflation to gently increase the squeeze). So nothing to say there. What we’re left with is a lot of tinkering with some of the odder family members of the tax world. I am no expert in tonnage tax or HGV levy, and that’s not changing any time soon, so I’ll spare you my views on that.

But let’s see what we can glean anyway from the tax announcements.

It has become tradition in recent times for the Chancellor to be able to announce either a freeze or a cut on some kind of alcohol duty or other. The press often obliges with a headline along the lines of “Cheers! Chancellor knocks 1p off a pint of mulberry cider, just what the country needs!”

This Chancellor wanted to go one further and announce an immediate freeze of all alcohol duties for a year, together with wholesale reform. The proposed reforms (which are being consulted on and do not yet have a fixed introduction date) are particularly interesting to pubs. Alongside a simplified regime with a more logical structure, lower duty rates for draughts beers and ciders are being proposed. That will help hospitality venues far more than a general duty cut, because cuts in the duty rates tend to make supermarket prices for beer and wine even more attractive (in percentage terms) than prices at the bar.  Draught beers and ciders on the other hand will provide a much more targeted tax cut. These reforms were (justifiably) sold as a Brexit dividend, as the structure is harmonised for EU members.

Alongside this, the Chancellor is proposing a 50% relief from business rates for eligible retail, hospitality and leisure businesses to take effect from 2022-23. For a sector still licking the extensive wounds caused by the pandemic that will no doubt be welcome.

And if you want to enjoy your pint of draught cider while watching a play then the good news keeps coming, because the Chancellor announced an immediate – but temporary - increase in various cultural tax relief rates benefiting theatrical productions, orchestras and museums and galleries. The last of these – Museums & Galleries Exhibition Tax Relief – was due to end in 31 March 2022, but this has been extended until 31 March 2024.  This is also when the temporary relief increases end for theatre and orchestra reliefs.

The Budget also included some help for film and TV, as it was confirmed that film tax reliefs would still be available on productions which were originally intended for cinemas but then switched focus to TV and streaming services (as long as they meet the requirements for the high-end TV tax relief regime). This change of direction mid-production has been an increasing trend, particularly during the pandemic, so it seems a bit odd that it is only being properly introduced with effect from next tax year when a lot of the pandemic-driven decisions will have already been made and tax relief may have been lost as a result.

That’s enough culture, what about something a bit more down to earth?

Well for those investing in plant and machinery of all kinds the ‘temporary’ £1m annual investment allowance has been extended for another year.

And a welcome relaxation was announced to the unfeasibly strict deadlines for paying CGT on sales of UK residential property; this is currently 30 days but will be extended to 60 days.

Following a consultation, reform has been announced to the popular research & development tax relief regime. Some of this was a simple expansion, to ensure that various data and cloud computing costs could qualify for relief, but there will also be reform to refocus the relief on domestic research and development spending.

The government’s concern is that the relief is incentivising lots of spending which simply goes abroad. ‘Refocusing’ this on the UK means that in practice businesses will almost certainly have to satisfy more conditions in future to get the reliefs. It could also put businesses in the unenviable position of pursuing R&D with preferred people overseas but with no relief, or trying to find someone who can help closer to home who is eligible for the relief. However unenviable that may be, it seems that’s exactly the decision that the Chancellor wants to swing back in favour of the UK.

The Chancellor also announced that there will be a consultation launched regarding a possible future ‘online sales tax’. The announcement does not mean that such a tax will be introduced, it seems that the government is not yet totally sold on the idea, but anyone with strong views will probably want to make sure that their voice is heard when the consultation is launched.

The Best of the Rest

There were a few other tax announcements worth a mention:

There was a weak attempt to balance this out in environmental terms by adding a new ‘ultra long-haul’ band for flights of more than 5,500 miles. Compared to the current long-haul charge, an economy-class flight in this new category will cost an extra…drumroll please…£4!

The chancellor painted a positive picture of the health of the UK economy as it emerges from the pandemic, in his autumn statement to a packed House of Commons. 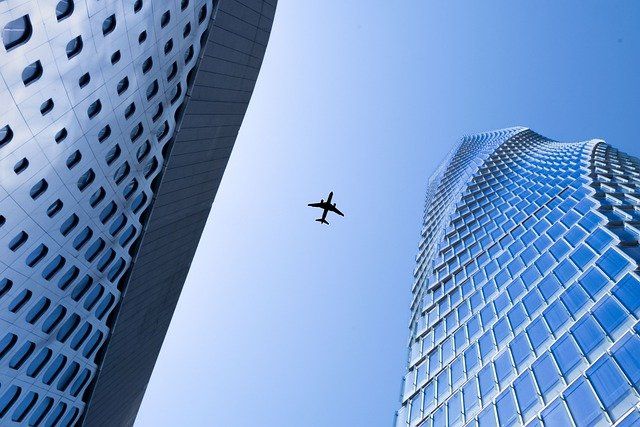 Budget 2021: Everything and nothing is changing
Matthew Rowbotham

Freeports: what are they and why are they being created?
Katie Thomas
repost  cancel